Many seasoned scuba divers have heard about the Eastern Fields of Papua New Guinea, but only a handful will be able to tell you how to get there and what sort of diving you might expect to find there. Most, however, will probably tell you that they've heard great things about it. The Eastern Fields are shrouded in a mystique that is hard to describe; it even affected me -- prior to booking back-to-back charters aboard the M/V Golden Dawn, I didn't even know where exactly where the Eastern Fields were in relation to Port Moresby.

Eastern Fields is a large atoll roughly 450 nautical miles wide. Its closest point is 90 nautical miles from the capital city, Port Moresby, which is a city in the middle of accelerating growth and change. A natural gas project is underway there, and the lack of local lodging and infrastructure has resulted in massive inflation. While Papuans in torn attire buy beetle-nut from local road-side markets, ex-pats check into hotels that cost $400 / night. Those who want to stay for longer periods rent small apartments in the middle of town, which cost more than $1000 / week. Flights to Port Moresby are incredibly expensive. My ticket from San Francisco cost $2,600 round-trip. $1,000 of it was to get to my transit country, Fiji, and $1,600 covered airfare on a little Fokker 100 to Port Moresby via Honiara.

Amongst the craziness surrounding the energy boom are the few adventurous divers who arrive to dive the lush reefs of Papua New Guinea. Despite the relatively high airfare, everyone was relieved that we "only" had to fly to Port Moresby. The typical routes divers take in search of healthy underwater reef life almost always involve local flights that land on grassy airstrips. Unfortunately, this sort of travel is required; areas with developed infrastructure almost always have already depleted their marine resources, destroying local ecosystems.

Captain Craig de Wit of the M/V Golden Dawn has exploring the reefs of the Eastern Fields for over 20 years and has been showing international divers the wonders of its reefs since 1993. At the moment, he is the only captain that continues to brings guests there. There is no land in the Eastern Fields, which means that in-depth knowledge of the local reef system is required when a boat needs to hide from bad weather. The Golden Dawn is relatively small for a live-aboard dive vessel. She has 5 passenger cabins which accommodate 10 divers comfortably. There is plenty of room for everything except underwater camera gear, which is stowed under tables in the salon. Seasoned divers will be used to such amenities, but travelers looking for luxury should not apply.

I loved the casual diving schedule, which is what Wetpixel always requests of the dive operators we choose for our expeditions. Whenever possible, we dove from an open dive deck with Golden Dawn moored to the dive site. If it was not possible to dive directly from Golden Dawn, zodiacs shuttled divers to and from drop and pickup points. This means that each diver was able to dive as much or as little as he or she wanted, with or without Craig or Jimmy (a guide on crew). Some divers will be uncomfortable without having a dive operator tell them exactly when and where they need to be in the water, but most underwater photographers will love the flexibility of such a system.

It is hard to describe the lushness of the reefs of the Eastern Fields. At nearly every dive site we visited, the entire food chain was clearly visible, from small reef critters all the way up the chain to huge dogtooth tuna (alas, sharks are pretty much gone, taken by shark finners). My photos from this trip are focused on wide-angle macro, but I've put plenty of video footage from the reefs into the group slideshow. Video is really the best way to get a sense of what to expect in the Eastern Fields.

Here's an excerpt from my journal describing my favorite dive site in the Eastern Fields:

"We’ve been parked for two days at site in the Eastern Fields Atoll of Papua New Guinea called “Carl’s Ultimate,” and I am not sure I’ll be able to dive again anywhere else. Most of Carl’s Ultimate is shallow, but a point extends out and drops off into the deep; along the slope and wall is one of the richest coral reefs I’ve ever seen. A dense collection of sea fans, soft corals, and other reef animals line the entire reef slope from 35 meters to 5 meters in depth, providing underwater photographers with an unlimited number of wide-angle and macro subjects. Anthias and small fish cluster above the coral just below a tangle of parrotfish, wrasses, lionfish, trumpetfish, snappers and angelfish, while jacks, barracuda, and dogtooth tuna hunt from the blue. Jacks hunt the reef with all sorts of partners: barracuda, snappers, Napoleon wrasses, trumpetfish, and others. Three large potato cods hang out in a cave at 30 meters and are so friendly that they allow divers to pet them. The big groupers are incredibly picturesque as they meander amongst colorful soft corals and schools of bannerfish and jacks.

"There are small and rare animals as well: pygmy seahorses, Rhinopias, intricately-patterned wrasses, Phyllodesmium nudibranches — and we’re not even really looking for macro subjects (yet).

"The reef is fantastic all the time, but when the current picks up, diving Carl’s Ultimate becomes an altogether different experience. The reef almost literally explodes with life. Millions of magenta slender anthias (Luzonichthys waitei) appear from nowhere and swim up-current over staghorn coral in dense lines by the tens of thousands. They are the lifeblood of the reef, thick piscine rivulets ever streaming and branching and merging. When the current becomes too strong, the purple nuggets shoot up into the water column and drift back, flashing this way and that way as they feed on plankton and other nutrients. Every once in awhile, a predatory squadron of jacks shoots into a rivulet, creating an streaking explosion of purple fish.

While I was on the boat, Craig certified my on KISS rebreathers. I completed 12 rebreather dives (11 with camera). By the end of the trip, I was enjoying 2.5 hour dives. I love the KISS!

If you like the photos in this album, contact Craig de Wit of the M/V Golden Dawn at http://www.mvgoldendawn.com/eastern_fields.htm

Wetpixel will likely be running a return expedition at some point in the future. Keep track of Wetpixel expeditions at http://wetpixel.com/expeditions
Read More 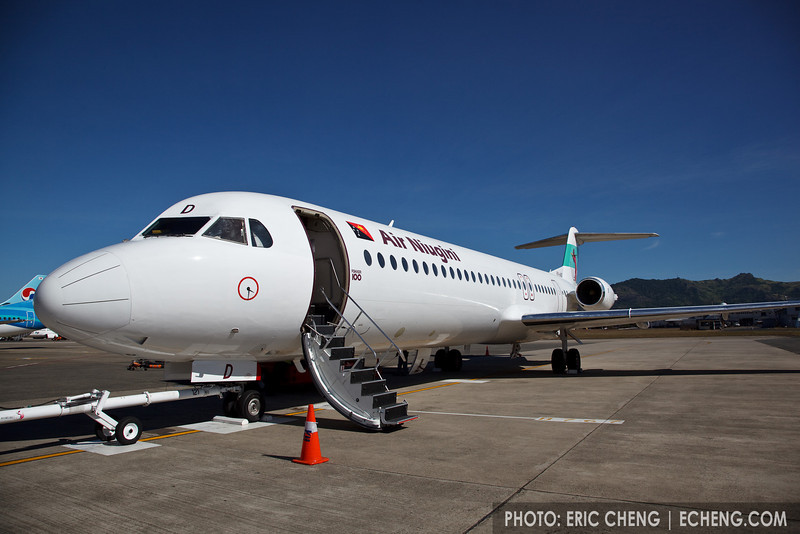